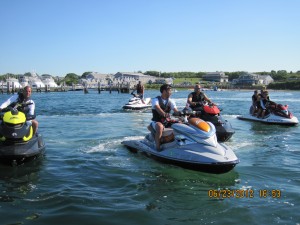 4am, Saturday morning, June 23…raining. Wasn’t sure if anybody else was still going to show up at Orient Point for a planned trip to Block but my experience with the weather is that unless it is absolutely miserable (everyone’s definition is different) pay it no mind. I was surprised to see all 6 skis show up, and by the time we got started the weather was clearing and the weather all day turned out fine. 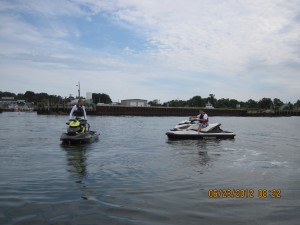 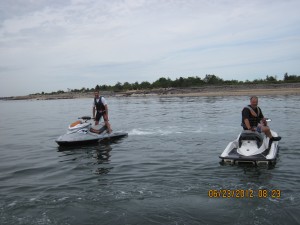 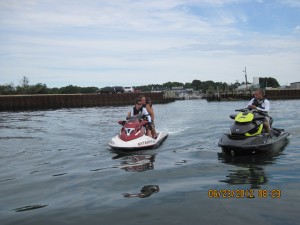 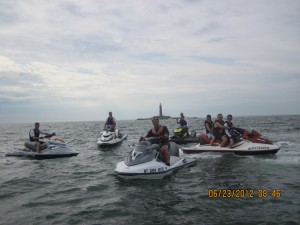 After paying our $20.00 launch fee at the Orient by the Sea Marina and Restaurant we went through Plum Gut with Mystic planned as the first destination. It was a pretty choppy day but the ride across was good. Once we got into Fishers Island Sound it was real calm. Somehow we missed Mystic and rather than turn around we headed to Watch Hill, RI for breakfast. Rather than tie up at the docks there it is much easier to beach the skis and walk into town. Nice place to hang for awhile. 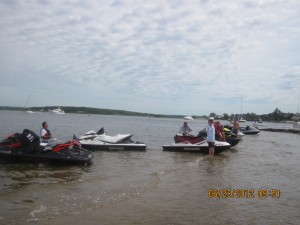 No need for gas so we left watch Hill and picked up the Buoy off Napatree Point and headed 114 degrees and 17 miles to the entrance Buoy at New Harbor, where we would get gas at Champlin’s Marina and go to town for lunch. The ride across was a bit choppy again but it made for a fun time. By the time we got there the sun was blazing and we had a great weather day. What to say about Block? It is an awesome place whether by boat or ski. It was fairly quiet compared to when the July 4th crowd arrives! We cabbed into town and ate at Ballads on the beach and then hung around town. 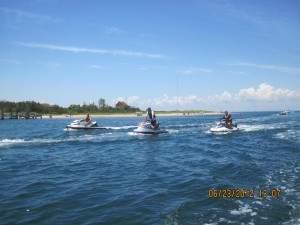 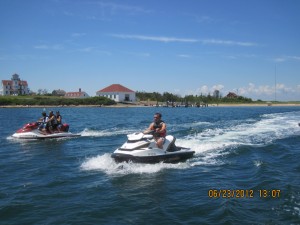 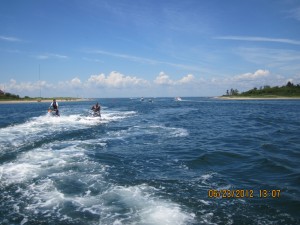 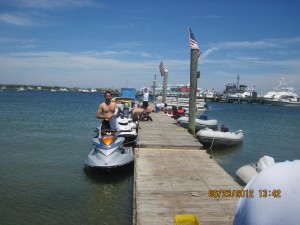 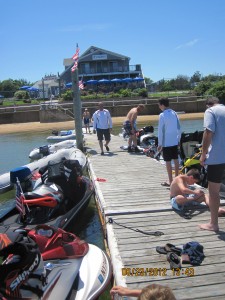 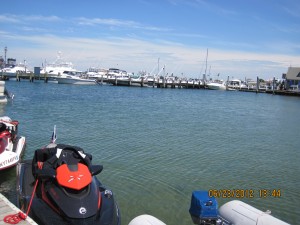 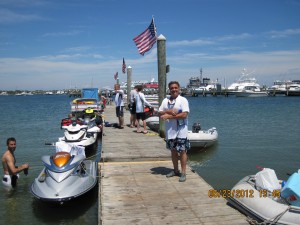 From the Head Buoy at New Harbor to Lake Montauk is about 19.5 miles at 246 degrees. I wouldn’t say the Block Island Sound was rough but it wasn’t calm either, but again, the ride was nice. It was clear enough that we were able to see Montauk Point the whole way, which is, in my experience, not common. Unfortunately because of the local (BS) laws we were not able to go into Lake Montauk or Three Mile Harbor for a stop for fuel or enjoyment. The town of East Hampton, which both of the harbors fall into, are within their jurisdiction and have outlawed personal watercraft. We were going to head to Sag Harbor but called ahead to find out that the gas pumps were closed at 6 and we couldn’t make it to Sag and Orient without a refuel so we headed back to Orient Point and hung in the waters there for a while before finally wrapping up a great day at 8:15. Everybody had a great time and no mechanical problems. Nobody wanted it to end so we all went to dinner in Southold at The Oysteria, which was awesome. Didn’t fall into bed until after 1:00 am – a long day but well worth it – really good people and really good times. Next trip is July 21 around Long Island….. 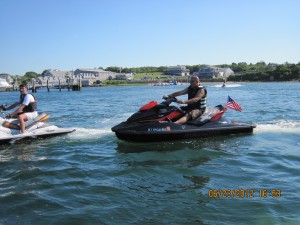 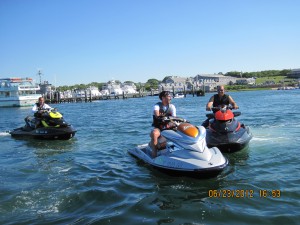 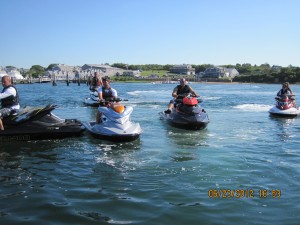 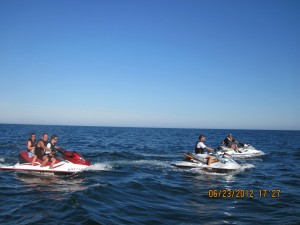 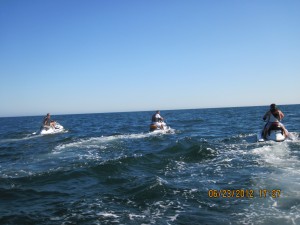 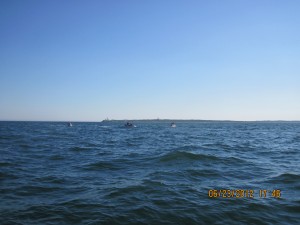 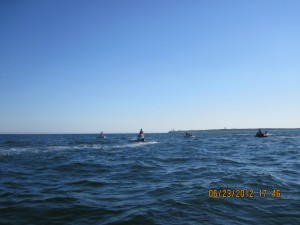 With well over 100 hours on my 2011 Seadoo RXT-260 I have formulated some pretty strong opinions of the machine. I have to say that I was very reluctant to buy a Seadoo watercraft as years ago I had many problems with their jet boats, but after having so many issues with my Kawasaki I decided to give the Doo another chance. I am happy I did. I feel the RXT-260 handles the water great, whether it is choppy or not. I definitely have put the machine to some hard tests – running wide open in flat and rough water,  taking long trips, and idling through 5 mph zones – and the ski has performed really well. I have had no real issues with the machine. Some minor irritations are that the gas alarm goes off way too soon, making you way to conscious of your fuel; the trip display could be way better by keeping track of miles and hours per trip; and the adjustable grips (not the handlebars – they are great) don’t stay where you put them if you ride in rough water. Minor things really. Overall, this is an awesome ski. The ride is drier than any of my Kawasaki skis and it feels like it is attached to the water in short chop and recovers nicely in moderate chop. I do tend to stand for most of my riding though, so maybe others would prefer the suspension model, which I do not have as I don’t like the way it changes the feel of the ski and am worried that it will break, but I am told by others who have it that they are happy with it. I would highly recommend this ski and am very happy. I hope to get this year out of it worry free and then upgrade to a new one next year….