I haven’t done the upper Hudson River in many years so today I decided to trailer to Cold Spring and begin my trip there to the Federal Locks in Troy rather then do the LI Sound and Lower Hudson again and run out of time. It’s about a 2 hour car ride from Western Suffolk to the ramp at the Cold Spring Boat Club in. The marina is located at the edge of a great little town and I recommend a stop-over there on any trip on the Hudson. The marina guys are great and the town is great as well. There is a small fee of $10.00 to use the ramp, but well worth it. 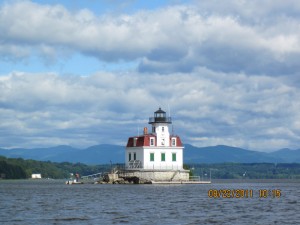 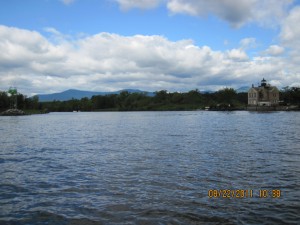 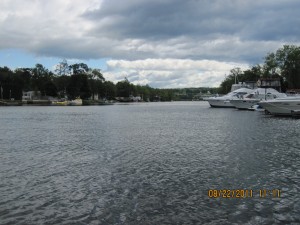 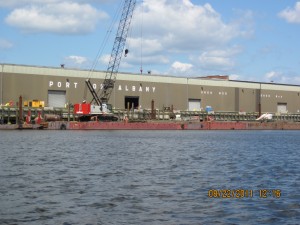 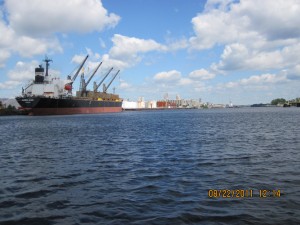 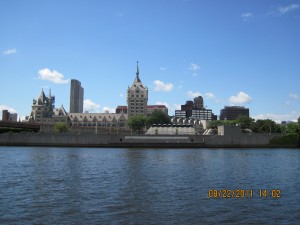 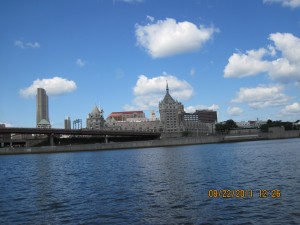 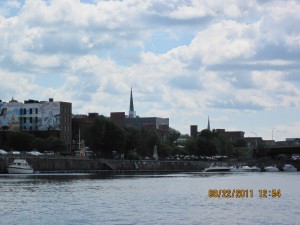 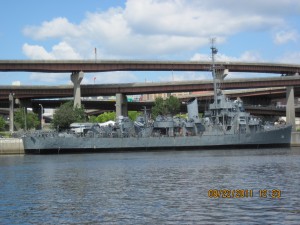 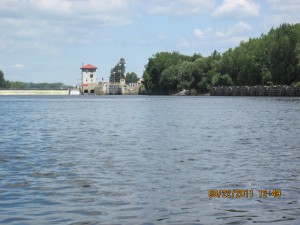 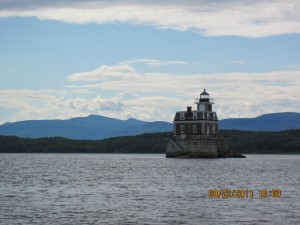 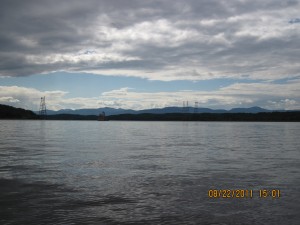 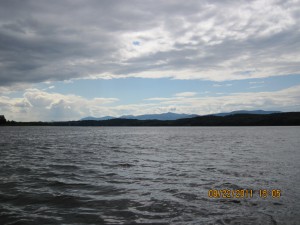 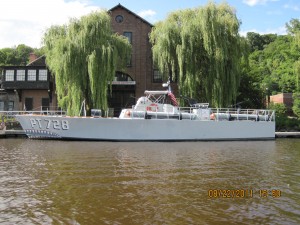 Storm King Mountain on the west side as I head up to Newburgh, passing Bannermans Island on the east. It was partly cloudy and windy but not a bad chop. I have to say that I was feeling a bit anxious about the trip after the troubles Saturday on the Connecticut River cruise and I wasn’t feeling much confidence in any PWC manufacturer. The more I rode the less I was concerned and the more I started to enjoy myself.  I had 54 hours on my other Doo before any issues and the issue I had was not the fault of the machine so I really shouldn’t have been concerned. I am glad to say that with 17 hours on this machine it is running great.  Once past the Mid-Hudson Bridge I feel like the Hudson becomes a different River, and I wasn’t past this point in years. There is still industry and remnants of it, but the further you go, especially  past the Kingston-Rhinecliff Bridge,  it feels less commercial and more recreational. Not until the Port of Albany is it real commercial again.  I decided that the first stop for fuel would be Saugerties Creek, which is between Kingston Harbor and Catskill Creek.

The skies were beginning to become more cloudy and it was cool riding so I added a long sleeve rash guard and continued north, trying to outrun the black cloud that was following me. Past the Catskill Creek and under the Rip Van Winkle Bridge I was reminded of the few times I made this trip on the boat and hung out along the eastern shores near Middle Ground Flats and Schodack Island where there are many spots to anchor and head ashore or swim. This stretch here until you approach Albany is my favorite and, in my opinion, the best part of the Hudson. The area is much more scenic, the river narrower and the wildlife more visible. I saw 2 bald Eagles, a fox and many hawks and herons. I like to just sit here as you can see the Catskill mountains in the distance. Under the NYS Thruway connector and past Castleton-on-Hudson on the east in a few miles you see Albany in the distance and approach the Port of Albany. Here you pass all the gas refineries before coming to Albany on the west and Renssselaer on the east.

The Albany Yacht Club is here on the east shore , just before the Dunn Memorial Bridge, and is a good place to leave the ski if you are overnightting. I’ve done this before and took a cab to the city to sleep. The club is safe and accommodating. Heading north past I90 it is only about 3.5 miles to the Federal Locks in Troy, where, if time permits, you can continue into the NYS Canal system north to into the Champlain Canal or west into the Erie Canal, both of which are great trips, but you need a few days to experience them. I was not going further so I went to an old barge called the Rusty Anchor Restaurant near Green Island for lunch and went back to Albany Yacht Club for fuel. If you want you can use the public docks in Troy and get food there as well. The weather was still cooperating so the ride south to Kingston was great. I decided to fuel up here and get coffee but was disappointed when the town dockmaster said there was probably nothing open on Monday. As I fuel up the black cloud was hanging overhead and I figured I’d get rained on so I donned my wetsuit riding jacket and headed south. All day I saw very little boat traffic and saw only 2 other skis. Felt like I had the Hudson to myself. I hit some light rain outside Kingston but soon out ran the clouds and the rest of the day turned out awesome. Having gotten back to the Newburgh Bridge faster than I thought (around 5:15) and not wanting to hit traffic on the ride home I idled back to Cold Spring to kill time and just enjoy being out on the water. I have to say though, that I felt like fall was quickly approaching, especially when a leaf randomly fell next to me, and I was wondering how many more trips I would be able to get in before snowmobile season started…this trip approx 196 miles and approx 35-40 gallons of fuel and about 8.5 hours on the water. 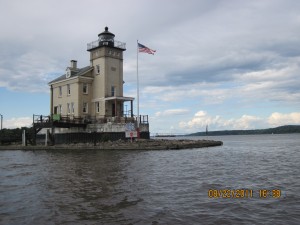