Saturday, June 11. Nothing worse than buying a brand new ski and waking up to a Saturday morning forecast of showers and 68 as the high. Decided to take a trip up the Hudson River anyway, so I trailered to Glen Cove and launched into the Long Island Sound from there. Wasn’t too windy and the west look like it was lightening up so off I went.

I had just picked up a new Sea-doo RXT-X 260 and was anxious to see how it would handle as I hear so much about Sea-Doo being a great watercraft. The sound was pretty decent with only about 1 foot chop and the first thing I noticed was the Doo was a much drier ride. Headed west toward the Throgs Neck Bridge. It’s a cool feeling going under the Throgs Neck and Whitestone Bridges and if the airplanes are landing or taking off the runway at LaGuardia Airport near Rikers Island you can sit and watch them fly right over you. Really cool. I wouldn’t hang there too long as you might get harassed by law enforcement, but definitely stop. Next past Triboro Bridge, through Hells Gate and up the Harlem River. The water is usually flat here and the ride is far from pretty, but it’s a cool ride as you pass the Bronx on your right and Harlem on your left and go under all the bridges (RFK Bridge, Willis Ave Bridge, Third Ave Bridge, 138th Street Bridge, 145th Street Bridge, Macombs Dam Bridge, Alexander Hamilton Bridge, 181st Street Bridge, 207th Street Bridge, Broadway Bridge, Henry Hudson Bridge and Spuyten Duyvil Bridge .

Word of caution, there is always stuff in the water going up the Harlem River and the Hudson River (sticks, logs, etc.) so you need to be cautious when cruising up them. People are always on the banks hanging or fishing and cheering you on.

Under the Spuyten Duyvil Bridge (which you can fit under without having to wait for the bridge operator to open) and North on the Hudson toward the Tappan Zee Bridge. I was pleasantly surprised to find the water flat. I rode the east side of the river as I knew the wind, if there was any, was coming from the east and the water would be flatter on the east side. This is an awesome part of the trip. I love entering the Hudson here and looking to the South and seeing the George Washington Bridge and to the right and seeing the Tappan Zee Bridge.

One of the things people talked about with the Sea-Doo was it’s great fuel consumption so I decided to skip the fuel stop at Tappan Zee Marina and I headed across the River to the west side just before the Bridge and continued North past Haverstraw Marina to Bear Mountain. The area just before Stony Point, Haverstraw Bay, was a little rougher but still not as bad as it can be in that area. I again decided not to fuel up at Haverstaw Marina as I was counting on the Doo’s reputation for fuel economy. The stretch from Bear Mountain Bridge up to West Point is narrower and, in my opinion, where the River begins to be relaxing and pretty. Approaching West Point is always a thrill for me. I love to see the fort sitting on the River like it does. I always cruise past this area slowly and never get tired of looking at the buildings. The river turns wide again once you pass Bannermans Island (which you should stop at if you have time, or at least pass by real slow and take a look) and head toward Newburgh. On the west side of the River are a bunch of restaurants and also fuel. I decided to turn back here as the sky wasn’t looking great and the wind was supposed to pick up. I left Glen Cove approx 10:00 and was fueling up at Newburgh at 1:00. You can make that stretch much faster or much slower depending water conditions, how you feel like riding, or how much sight seeing you want to do. On the trip back I decided to stay to the east side all the way home which allows you to see Croton-on-Hudson, Sing Sing Prison in Ossining, and Tarrytown as you have the Amtrack RR tracks aside you.  If you ride one side of the river on the way up and the other on the way down I find it’s like two different rides, each giving it’s own perspective. The water was still only 1 foot or less so the cruise down was pleasant. I had wanted to go up the river past Newburgh because, in my opinion, the upper Hudson is the best as it is real scenic and narrow, which makes for a great ride, but, again, the weather wasn’t cooperating.  I hit some heavy rain just South of Tappan Zee and when I got to Hell’s Gate the wind was screaming right at me and stayed that way all the way back to Glen Cove. The Sound was 2-4 feet and rain, some of which was pouring, which makes it near impossible to see. It wasn’t a pleasant ride back to say the least but it’s all part of the adventure and you take the good with the bad. The only thing you can do is grin and bear it and come prepared. I had my wet suit top on so being cold wasn’t an issue, but after awhile the constant water in the face and chop was annoying. I was thrilled to get back to the dock at 4:00 and put the ski away for a nicer day. Approx. 150 miles and approx 26 gallons of fuel. Next time I will get an earlier start on a nice day and head all the way to the Federal Locks in Troy….

Sea-Doo RXT-X first impressions. Major disappointment in that there is no trip hour meter or trip mileage meter. Loved the GPS compass and the rest of the display and functions were good but I think what is viewed should be more selectable by the rider. I like how the display moved with the handle bar tilt, but the rider customizable handlebars are poorly designed as they move when riding even though I had tightened them real tight before I left. The throttle response felt lackluster to me, but maybe that is because I am still in the break-in period and I was being cautious. It could also take some getting used to as there is no cable. The throttle often didn’t return to it’s fullest neutral position which was a hassle until I figured it out. Once I did and would push the throttle lever all the way home the ski would find neutral. (I tried adjusting when I got home so we’ll see if that works next time out. If not off to the dealer.)  And that feature, neutral and reverse as a left hand trigger, is really cool. A bit to get used to but a nice feature. The trim is nice too. My last two Kawasaki’s did not have the feature. I think the Kawasaki Ultra 260 handles the rough water better than the RXT-X Doo as I felt like I was being pounded more in the sound on the way back, but this again could be because of my own timid riding style for the day as I was breaking in the machine and getting used to it. Fuel consumption was not really noticeably better than the Ultra 260, which was a disappointment as I heard the fuel economy was going to be better. Stopping often for fuel is a time killer. This could be attributed to the break-in period so I will see about that. I also ride mostly in sport mode as opposed to touring mode. BTW, the touring mode is a cool feature as when I was just cruising leisurely the throttle response is less and it makes it easier to sit back and cruise. I am sure the consumption is better in this mode as well.  What is annoying is that every time you restart the ski it reverts to touring mode. It’s easy enough tochange into sport mode but it should be adjustable to the riders preference. Minor, but annoying. Really nice was that the Doo is a much drier ride than my Kawi was. The seat is also more comfortable, but it is also too wide where my feet are planted when standing up, which I do a lot. So sitting on the Sea-Doo was more comfortable but the ergonomics when standing, for me, were not as comfortable. I can get used to all of this though and after a few rides none will probably matter any more. I was happy overall with my new Doo, but I wouldn’t say I was freaking out about it. Again, these are just my first thoughts and I am not disappointed at all. The most important thing is reliability though. If the Sea-Doo proves reliable then there is nothing that I can’t live with….. 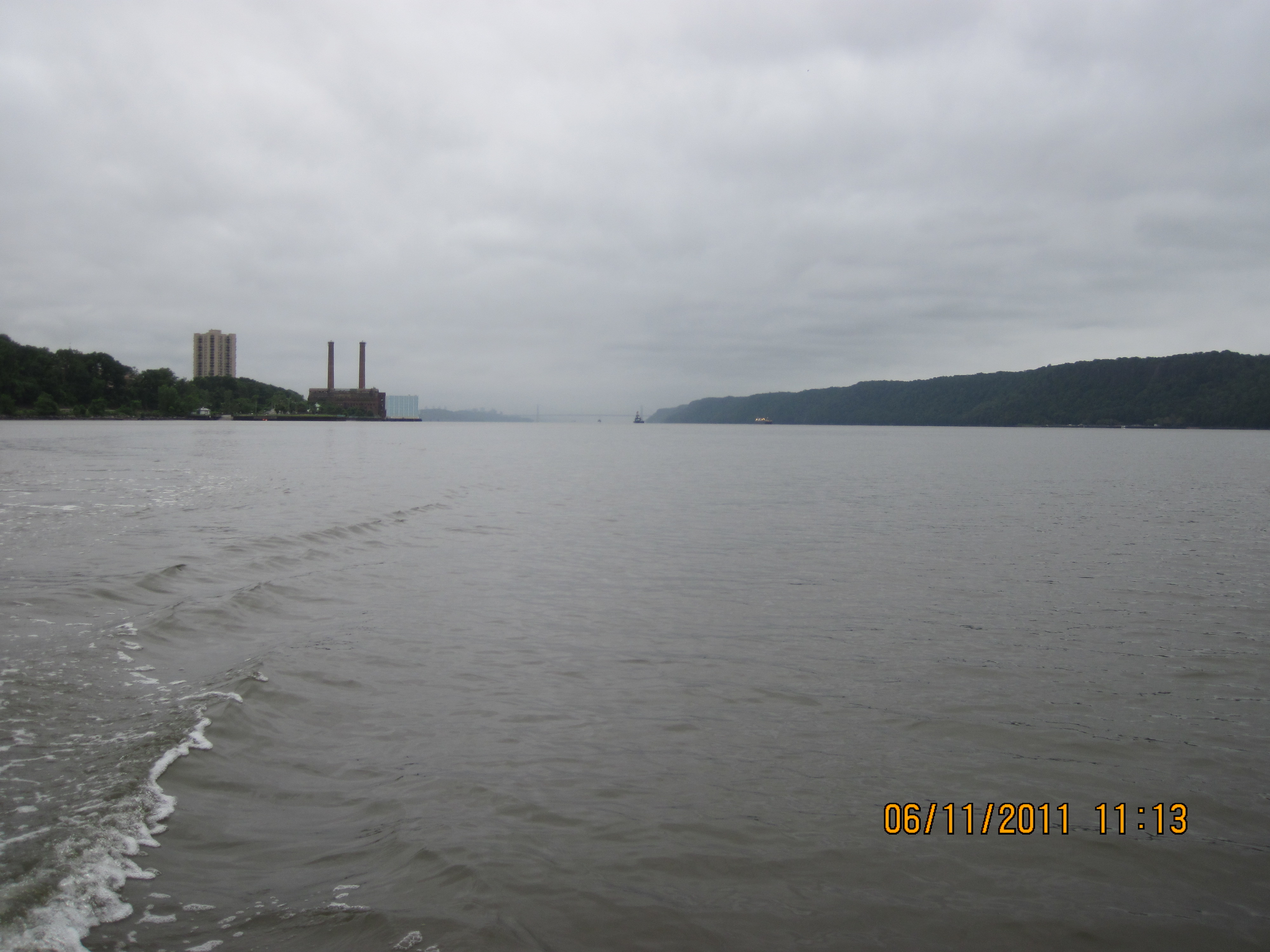