Another drab looking Saturday morning, but the forecast wasn’t bad so I decided to do a leisurely trip from Westhampton Beach to Sag Harbor. This isn’t the trip to make if you want to do a lot of miles as there are numerous 5 mile an hour zones (strictly enforced!) but it is a real scenic trip. See Frank, the Dockmaster, at the Westhampton Beach Municipal Yacht Basin, which is accessible to non-residents with a $25.00 launch fee. That fee is well worth it as Westhampton is a great launch spot and a great destination out of the water. Start at the Bakery in town and end there after your trip!!

Leaving Westhampton Beach I took a left and headed East and into the Quogue Canal. This is a 5mph zone and law enforcement is almost always patrolling. This is an awesome start with the canal being real scenic. 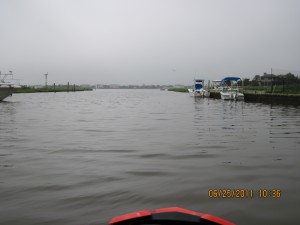 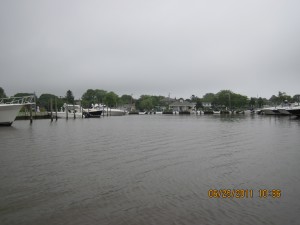 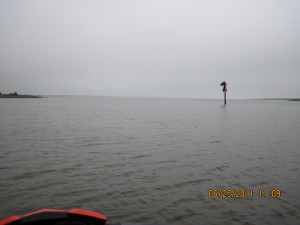 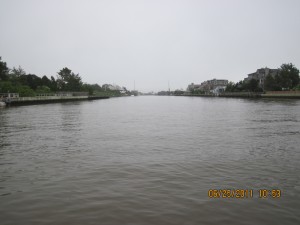 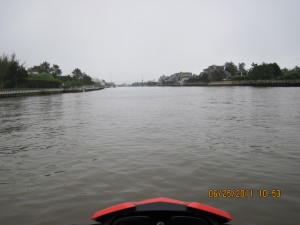 Exiting the Quogue canal you enter Tiana Bay and cruise toward Shinnecock Bay. I normally head immediately north after the Ponquogue Bridge but today decided to continue east to cruise past the commercial fishing fleet near the Shinnecock inlet. This is also a 5mph zone. I cruised past the Inlet and then headed Northwest toward the Shinnecock Canal. 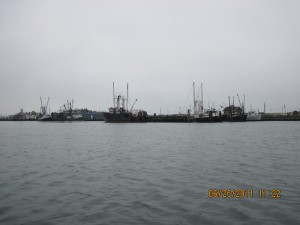 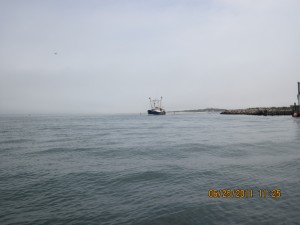 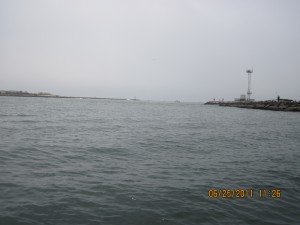 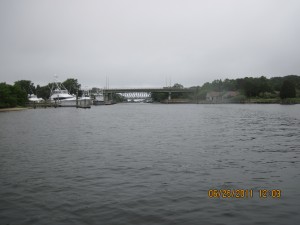 Once again there is a 5mph restriction when approaching the Shinnecock Canal. This is always a fun spot. It was quiet today as the weather was still not looking great. Usually the Locks and Canal can be pretty busy. A great stop for food is The Tiderunner Restaurant. When the locks are open and the water is running through the canal it is fun to watch the boats fight the current. There is fuel on either side of the locks. If the locks are open you can travel right through, but today when I was passing through the locks were closed so I had to lock through. I was able to idle in neutral (a cool feature I’m really liking on the new Sea-Doo) inside the lock as there was only one other boat locking with me. Exiting the locks and heading north I pass Modern Yachts Marina, Canal Road and the town marina at Shinnecock canal. 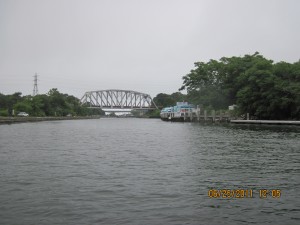 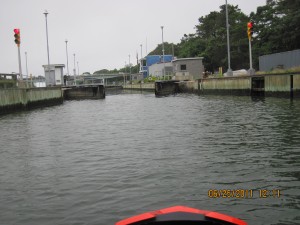 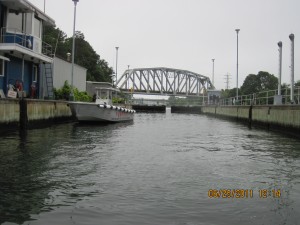 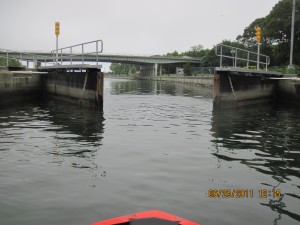 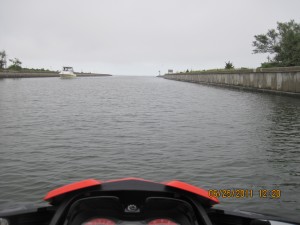 I exit the canal and enter the Great Peconic Bay. Looking East I see Robbins Island and I head that way but decide to ride the south shoreline as I am in no hurry today and prefer scenery to time. I rode the shoreline to Little Peconic Bay and into Noyack Bay. Shelter Island on my left and North Haven on my right cruising past the South Ferry toward Sag Harbor. I am always amazed at the size of the yachts around here and in Sag Harbor. This area, Shelter Island Sound/Sag Harbor Bay and Northwest Harbor is some of my favorite scenic riding. It always seems calm and picturesque. Riding the shoreline is a treat. 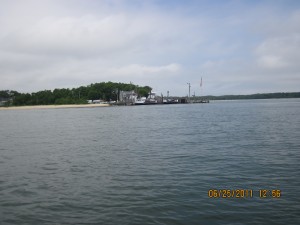 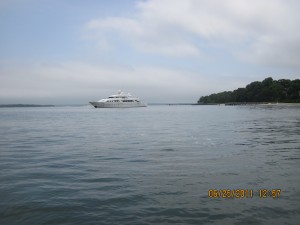 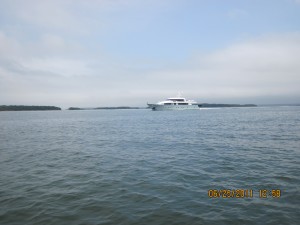 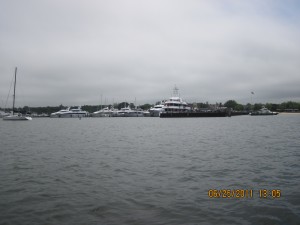 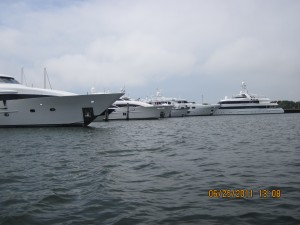 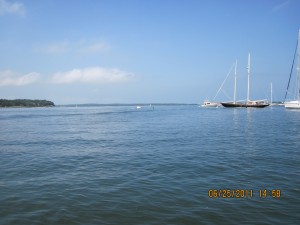 I fueled up at Sag Harbor and went to the town docks and tied up. There was no charge as I was walking into town and eating there. Sag Harbor is a great town to hang out in. I had lunch and was off toward Gardiners Bay. Again, I rode the shoreline, this time of Shelter Island, past Coecles Harbor and then west toward Orient Harbor. Once inside the jetty I cruised past Greenport on my right and Shelter Island on my left. This is another awesome cruising area. Lots of boat traffic here usually though. Passing the North Ferry (Greenport to Shelter Island) and past Southold and back to the Little Peconic Bay, where I rode the west shoreline toward Robbins Island. 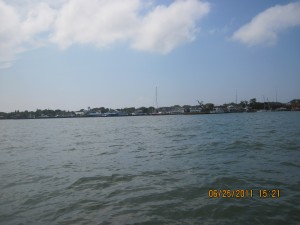 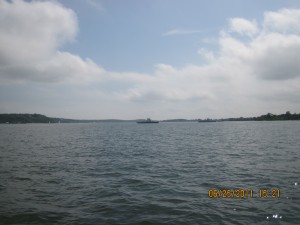 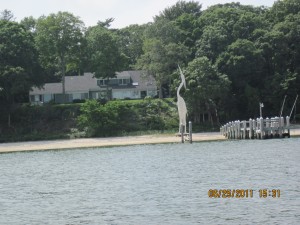 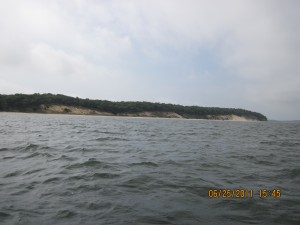 I had planned on passing the north side of Robbins Island and passing Cutchogue but the wind had picked up and it was getting late so I went across the bay to get the protection from the land and rode the shore back to the Shinnecock Canal. It was a great ride thus far and the rest of the trip back was no disappointment. The sun stayed out as exited the canal and traveled the west shorline of Shinnecock Bay past the Coast Guard Station. Under the Ponquoue Bridge, back through the Quogue Canal. I never tire of going through the 5mph zone, whether in my boat or on my ski. And Westhampton Beach is like home. Frank was there to greet me and after washing and flushing the Doo I was off to town. 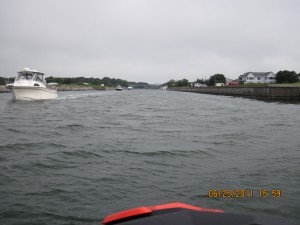 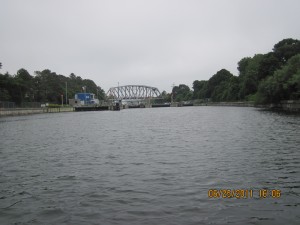 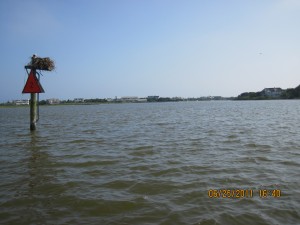 This trip, even with the slow zones, is really a great day trip. Do it on a day that you just want to take your time and enjoy the sights and you won’t be disappointed. The Doo doesn’t have a trip meter or trip hour meter (a major over sight on their part)  but I estimate the trip to have taken approx. 5 hours and the mileage to be approx. 90 miles.